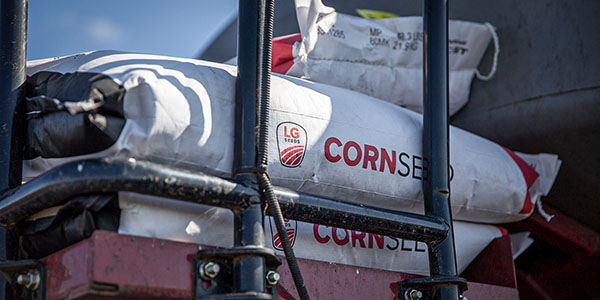 A cooler mid-April was keeping many planters parked across Iowa and Nebraska, but a warming trend has spurred farmers to hit the fields. Soil conditions have been excellent across much of these two states, with no significant delays seen because of excess moisture. Once corn and soybean planting hit critical mass it should go relatively quickly as there are no excessive rainfall predictions that would keep farmers out of the field for too long. The cool weather has delayed some herbicide applications and cover crop termination efforts, but all in all farmers are well-prepared for a safe and efficient planting season. The Technical Team Agronomists in these states dive into details for their area.

The soil temps reached 50 degrees the last weekend in April in northeast Nebraska and planters are starting to roll for both corn and beans. Ground conditions are very good for the most part. We are pretty dry here and could use a rain to help activate chemicals that have been sprayed. If we don’t see moisture in the last week of April, a large percentage of corn will be planted by May 1. Plot planting has started, as well and I am looking forward to seeing our Mix Maker and FastTrack products emerge.

Spring got off to a slow start in east central and southeast Nebraska. A warm Easter weekend had most farmers thinking of an early spring, but the weather hasn’t cooperated since. We expect the last week in April to be the big start for planting the 2021 crop. The agronomy team and many farmers are looking forward to seeing 62C35STX in plots this season, it looked very good in PCR tests last year. Other products on our watch list in southeast Nebraska are Mix Makers 59C72, 59C66, and 60C33. On the conventional side, 62C71 will be an exciting hybrid to watch as well.

Soil temps were still in the 30s the week of April 19, which kept farmers out of the fields for the most part. A majority of farmers intended to start planting on April 26. The 10-day weather forecast is great and we could even see a 14 day sprint where we get 95% of the crop in if the weather cooperates. So, hold tight and plant safe!

In the last two to three weeks we have seen a few farmers plant both corn and soybeans in different parts of northwest Iowa. Since then, some of those field have been snowed on twice since they finished planting. It will be interesting to see how both crops emerge and perform at the end of the year. Hopefully they won’t have to replant, but the early planted fields may not emerge any sooner than the later planted crops due to the lack of heat units in those two to three weeks. Plots this year will include newly released products, alongside some of next year’s new products, as well as a few of our current high performing traited products. Included in most of those plots will be 49C19, 51C62, 52C42, 57C97, 59C72, and 61C10. All these products have proven themselves extremely well in research and now we are excited to show how well they can perform on your farm.

Some farmers began planting in the southwestern portion of Iowa around April 4, but a majority held off planting until April 22 waiting for warmer weather. Those who did plant mainly focused on soybeans and waited on corn. Studies have shown that if the seed was planted into soil temperatures close to 50 degrees, it will generally have minimal effect on final stands. If soil temperatures drop to 36 degrees, the effect on final stand is more severe. Scouting will be very important as plants start to emerge, and it will be more important to look at entire fields to see if these spring conditions impacted the final stands. This spring will be a learning experience as we generally only see brief periods of below normal temperatures, and 2021 brought extended time at cold temperatures.

As of April 22, most farmers in north central Iowa were still waiting to turn a planter wheel. North central Iowa started out nice and warm earlier in the month, with soil temps ranging between 50 and 60 degrees. However, when we finally got the green light from the insurance companies, temps cooled down. After that soil temperatures hovered in the mid-40’s due to some very cold nights and lower daytime highs. The short-term forecast looks promising and by the end of April there will be plenty of seed going in the ground. I’ve been excited to talk with farmers about our Mix Maker hybrid 54C76VT2. Last year it was my top emerger and expressed excellent early vigor.

Planting is in full force in eastern Iowa, and rightfully so because conditions are fit. Most farmers waited until after the hard freeze to start planting. Soil is dry to about two inch depth, but with rain in the forecast next week, I’m recommending planting in that two inch range for both corn and soybeans. Plots are starting to go in as well, and I’m excited to see the new 58C81STX as well as the 54C76STX in plots. These will be big time players in the competitive corn on corn market in northeast Iowa. We will also have plots with both XtendFlex® Soybeans and Enlist E3® Soybeans for a good comparison. The Weathertrends360 forecast in Advantage Acre shows a good chance of rains throughout the spring and summer. Hopefully we won’t have any Derechos this year so we can harvest some impressive LG Seeds corn this fall!

There hasn’t been a lot of action out in the fields for a few weeks – until the last two weeks in April. We had a stretch of warm weather around Easter and farmers planted corn and soybeans. We’ve been monitoring these fields through the recent cold spells and so far, everything is looking good. The next week or so should help the early planted crop to start growing again. Similar to much of the rest of the corn belt, Things started moving quickly in the last week of April. If we stay dry for the next seven to ten days, we should have a large portion of this crop in the ground. There are several hybrids I’m looking forward to seeing this year. The first notable one is Mix Maker 64C20-3220. This is a new trait for us on this product and I expect great things out of this one! The other product I am excited to see is 62C52TRC. At 112 day, it has historically big shoes to fill in the LG Seeds lineup, but last year’s research data suggests that it can be a dominant product for us.