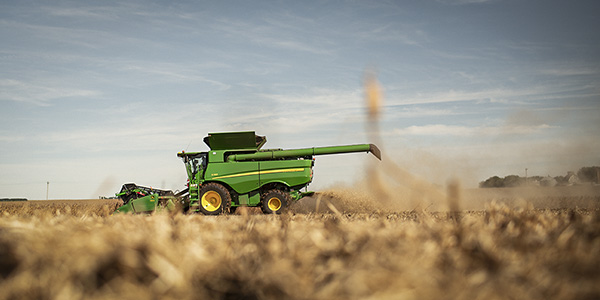 Does Down Corn increase SDS Next Year?

Plan ahead, get ahead. Grandpa always told me that when we went to fix something on the farm and had to bring all the tools from the work bench. The same mantra goes for planting soybeans next year. Many geographies had corn down this year. This year's down corn may not have been from a derecho, but every year heavy winds hit some part of the corn belt. If volunteer corn is going to be an issue next year, the easiest way to counter that is to plant soybeans.

SDS After Down Corn

An article by Dr. Daren Mueller and Dr. Alison Robertson in the Iowa State University ICM newsletter last year posed an intriguing topic. Does down corn lead to more SDS in soybeans?  Here is the premise: down corn leads to an increase in total plant matter residue cover over the winter. Increased plant matter tends to keep the soils cooler and more moist longer into the spring. Sudden Death Syndrome (SDS - Fusarium virguliforme) thrives in cold wet soils and can also lead to other diseases in soybeans. Diseases such as Pythium and Fusarium Root Rot can increase in this environment.

SDS can live on corn, residue and kernels that come into contact with the soil. Even though it doesn’t show any symptoms on corn, it can still be a host. Here is a study from the article:

SDS, Fusarium virguliforme (Fv), can actually grow on corn residue, especially the kernels (Navi and Yang, 2016). With soybean checkoff funds, the role of corn residue on SDS development was investigated in Iowa, Indiana, Michigan, Wisconsin and Ontario, Canada from 2016 to 2018. In these studies, we explored the timing of Fv colonization of corn and soybean roots under different tillage and residue management systems. In all years, Fv levels were detected in corn roots from most fields when sampled at multiple times, with greater levels of Fv being detected in 2017. Tillage practices showed inconsistent effects onFv root colonization and SDS foliar symptoms. Residue management did not alter root colonization of corn or soybean by Fv.1

Also from the article:

However, if fields have a history of SDS, the extra corn residue, especially with kernels, may increase the risk of SDS a few ways – it may increase the chance of getting the root rot phase of the disease (cooler, wetter soils early in the season) and may increase the amount of disease-causing inoculum in a field if the corn kernels are indeed colonized by Fv. 1

So, if you plan on planting a field to soybeans after down corn, plan ahead. Make sure your soybeans are treated to counter the increase of diseases that may be present. Also, think about the added protection of Saltro for the SDS issues that may be an increased threat. Agrishield MAX Provides-Maximized protection against major insects and diseases, including sudden death syndrome (SDS) and nematodes and a 200-plus day inoculant for increased nodule development and additional nitrogen fixation.