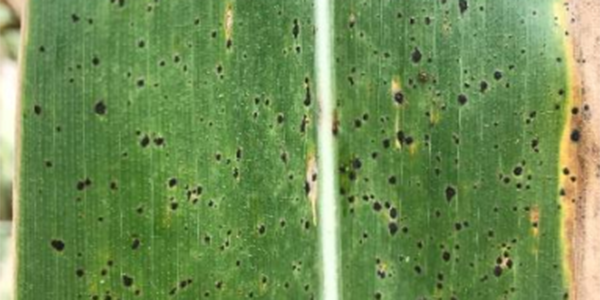 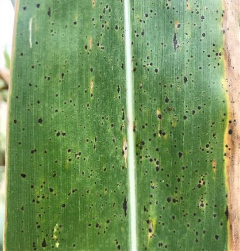 It’s not hard to identify Tar Spot, it’s just hard to know when or where it might be! The moment you see the lightly speckled spots on corn leaves, you undoubtedly know that tar spot is present. The difficulty is to know when and where it might appear. The Crop Protection Network (CPN) identifies the fungus as “small, raised, black spots scattered across the upper and lower leaf surfaces.” To many corn growers, it appears that someone had flicked a paint brush with dark gray paint over the corn leaves.

Chasing Tar Spot has been a new topic for plant pathologists and agronomists alike for the past five years. It was first identified in the United States in northern Illinois in 2015 and seemed to subside until 2018, then has returned in 2020. The reappearance is showing that this disease is not going away. We’re looking for tar spot because we want to learn more regarding its life cycle and to better understand how it propagates. The fact that severe outbreaks can knock-off 30 bushels, according to CPN, is reason enough to better quantify this disease. But this disease also impacts grain quality and standability, as well. 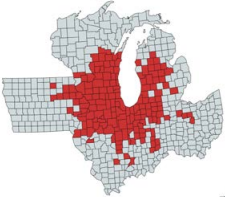 It’s a hard disease to “catch”. At a plot located south of the epicenter of discovery near Streator, Illinois, it’s been observed that some hybrids are susceptible, while others are not. In this hybrid strip plot, a short season “Hybrid A” was infected severely, but just 50 feet away, a full season “Hybrid B” may show no signs of tar spot. Yet, oddly enough, that same full season “Hybrid B” was heavily infected 100 miles away near Monmouth, Illinois. 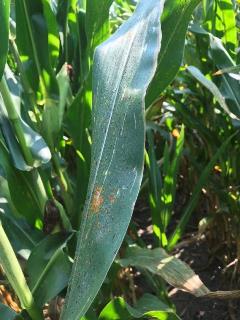 In discussion with University of Illinois’ Greg Steckel at the Ag Research and Demonstration Center near Monmouth, IL, a designated “Tar Spot Trial” being conducted by Nathan Kleczwewski, Field Crop Pathologist, reveals just how elusive this disease can be based on environment. The tar spot trial, which was inoculated with tar spot residue, had lower pressure than a non-related nearby “Corn Trait Trial” which was not inoculated but included “Hybrid B” mentioned in previous paragraph. So “Hybrid B” appeared to be non-susceptible at one location yet was susceptible in a different location/environment/planting date. This further exemplifies the “chasing tar spot” conundrum.

According to Nathan Kleczwewski, until more data is collected, the best management practices include residue management, crop rotation, avoiding susceptible hybrids and considering fungicides. The caveat to fungicides is that exact timing and economic response is not quantified, nor is the hybrid susceptibility fuller understood as “Hybrid B” has shown.

It appears that tar spot can impact different hybrids to varying degrees, while at the same time, tar spot’s life cycle is sensitive to the environment and timing.  So, the research into this elusive disease continues, as does “the chase”.