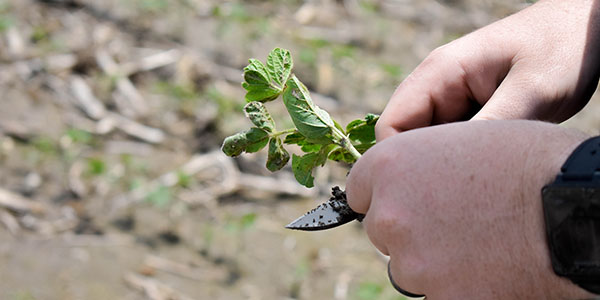 How to Spot the Three Most Common Soybean Seedling Diseases

For soybean farmers aiming for continuous plant performance (that is to say… all of them), seedling diseases can be an absolute killer.

In 2020, an estimated 5% of all yield potential in the top 29 soybean-producing states was lost to disease. Across the U.S. and Ontario, Canada, seedling diseases dropped production by an estimated 22 million total bushels. 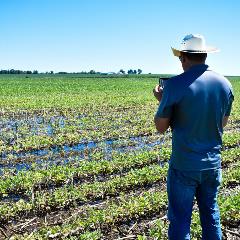 Most of that damage stems from conditions the “disease triangle” that leave fields more susceptible to pathogens. That triangle happens when there is:

Here’s what to watch out for with each disease, plus steps to eliminate them when they intrude into your field.

What causes it: Wet weather—especially in saturated soil conditions, and especially in low/poorly drained areas. If soil temperatures exceed 60°F, that spells trouble too.

How to recognize it: Look for mushy, water-soaked stems, plus stunted or wilted seedlings. You might also see entire areas of the field with no stand because of the damping-off that has occurred. And don’t let your guard down after one season: This pathogen can survive in the soil for 5-10 years.

What causes it: Lower temperatures (50-60°F) in the northern U.S., plus saturated soil conditions (especially in low-lying, poorly draining areas).

How to recognize it: Infected seeds will look rotted, and soil will easily stick to them. Water-soaked lesions on the hypocotyl or cotyledons can also appear. These will eventually develop into a brown soft rot in the roots, leading to the plants pulling easily from the soil.

Important note: Early-season symptoms from Phytophthora and Pythium are indistinguishable from each other.

What causes it: Unlike the first two, Rhizoctonia doesn’t need saturated soils. It does like warm, moist soil, though, and often strikes soon after planting, at or just after emergence. The most severe infections happen in light, sandy soil conditions with lots of moisture.

How to recognize it: Look to the hypocotyl at the soil line. With this pathogen, you’ll notice reddish-brown lesions on the seedlings that appear dry and sunken. Infected plants are also often in patches or rows. 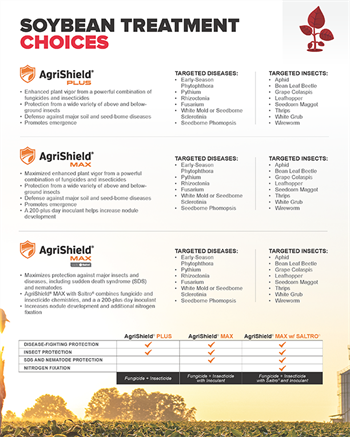 Seed treatments are your best bet against all common seedling diseases. But determining your best treatment option depends on which disease you’re battling.

Common soybean seedling diseases can present in similar ways (damping off right after emergence, or not emerging at all, for example, or mushy lesions). So to figure out for sure which one you’re dealing with (which will inform your next steps), collect samples and submit them to a lab.

Once you have info on which disease is in your field, you can choose the best seed treatment to minimize it. You can’t control everything as a farmer — but you can control your mitigation tactics.

LG Seeds offers soybean seed treatments to fight these aggressive diseases, and more. Get our seed treatment guide or talk to your local LG Seeds Agronomist for more details.