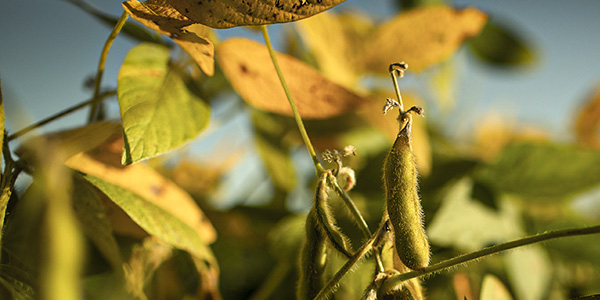 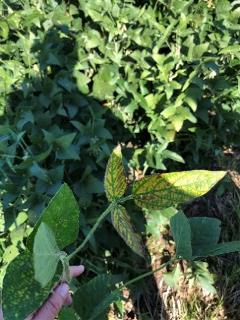 This time of year, it is perfectly normal to see soybeans turning and losing their leaves, as it means harvest will be here soon. But in some cases, farmers have noticed patches in their field turning earlier than normal. There are a lot of things that could cause parts of a soybean field to turn early. Many growers are quick to target it as Sudden Death Syndrome (SDS) due to the yellow/brown look of the soybeans. As seen to the left, SDS has yellow/brown blotches between the leaf veins, which gives soybeans an “off” color in the field. 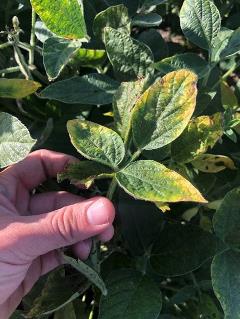 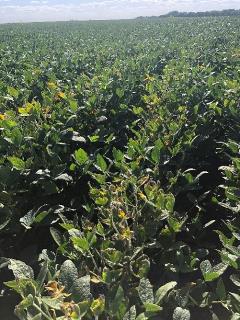 Soybean Top Dieback was first reported about 30 years ago by a pathologist in Ohio. In the studies on top dieback, Phomopsis, Diaporthe spp. and Soybean Cyst Nematode have been linked to the symptoms, but there has yet to be a proven correlation to the disease and 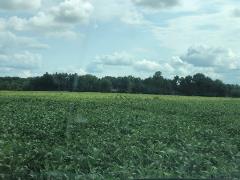 disorder. However, this year with a farmer LG Seeds observed top dieback in a field where symptoms showed up on untreated soybean seed and did not show up on soybeans treated with AgriShield® Seed Treatment, meaning early season disease management could be beneficial. See the photo where the deep green colored beans were treated, and the yellow beans were not.

It would be easy to say that potassium is also a culprit, but symptoms of Top Dieback show up on new leaves, where as potassium deficiency shows up on older leaves in the lower canopy. There have been studies showing that applications of potassium have helped reduce instances of top dieback, as some farmers underestimate the amount of potassium soybeans need. Also, creating an environment that helped with root development, such as eliminating soil compaction and improving field drainage, seemed to show benefits in combating Top Dieback.

The cause and solution of Top Dieback of Soybeans remains unclear, but there are still several things you should still investigate to minimize damage in the future and improve your overall operation: