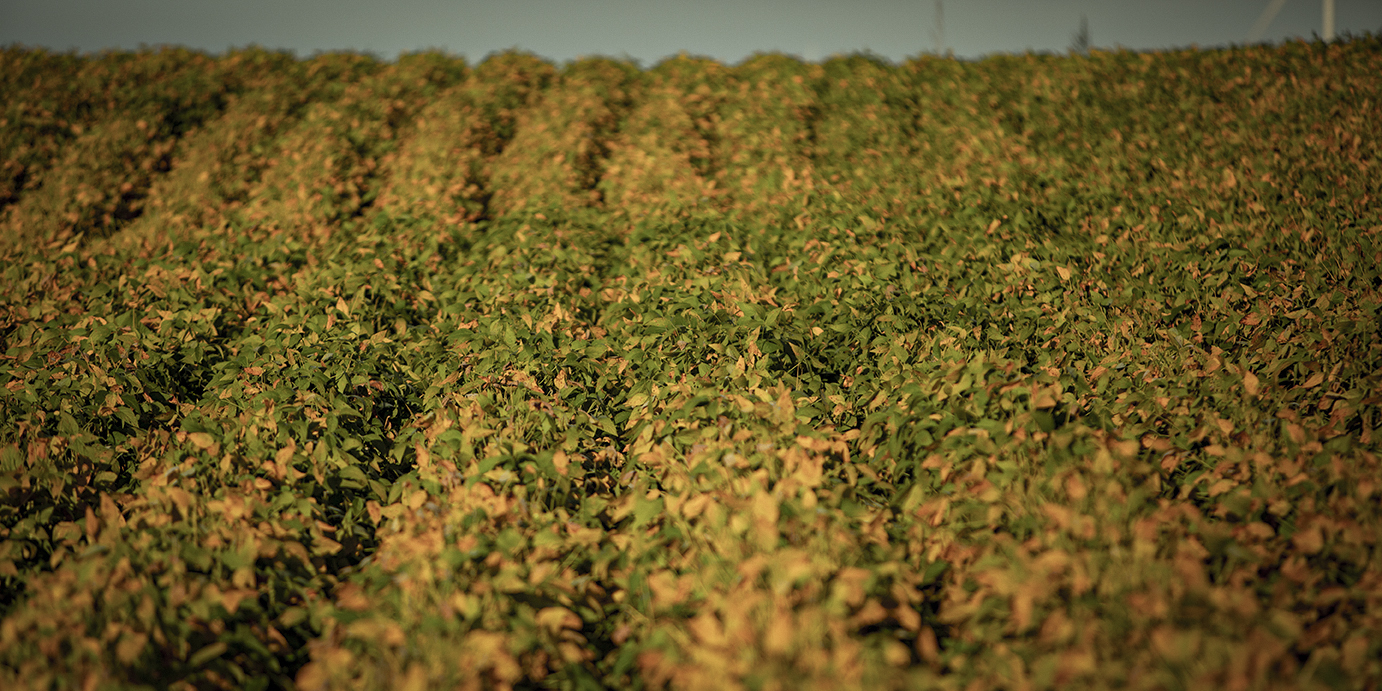 Soybean Rust was first reported in Japan in 1902 and has been a problem disease in Asia and South America ever since. It was the talk of the industry back in the early 2000’s, but it never became the scourge that was anticipated in North America. While it is still a potentially damaging disease, modern scouting methods and a vast improvement in fungicide options has made it manageable.

Soybean Rust requires a living host to survive and it does not overwinter in most of the United States, but it may survive in the far south areas. For much of the soybean growing areas, it must be reintroduced each year by storms and weather fronts. Kudzu, a commonly found plant in the south, is a known host and is monitored for early signs of infections.

The disease starts as small, water-soaked lesions that increase in size, turning from gray to tan or brown. When the plant matures and sets pods, the symptoms spread rapidly to the middle and upper parts of the plant. Lesions can be found on most parts of the plant including petioles, pods and stems. The lesions are generally most abundant on leaves. Volcano-shaped pustules can also be observed within the lesion on the underside of the leaf, but it may take a 20X lens to verify this symptom (Photo Courtesy of LSU Ag Center).

In the early stages of the disease it can be easy to confuse soybean rust with three other soybean leaf diseases: brown spot, bacterial pustule and bacterial blight. Later in the season, soybean rust may be confused with Cercospora leaf spot or sunburn, which also turns the leaves a bronze color. It takes a trained eye and usually laboratory confirmation to diagnose this problem. Conditions for the disease to develop are extended periods of leaf wetness and temperatures in the 70s and 80s. Spores can be produced for up to three weeks, so secondary infection is a possibility.

Truly resistant soybean varieties are not yet commercially available, but researchers and breeders have made progress in recent years to develop resistant soybean lines. Partial resistance or tolerance, in addition to the use of fungicides, is currently the most effective management strategy. Planting hybrids with tolerance to rust pathogens has been successful in managing rust in corn and is expected to be a successful approach with soybean rust. Until resistant soybean varieties are in place, the use of fungicides is the most effective tool to protect yield. Early detection is essential for effective management of soybean rust with fungicides. 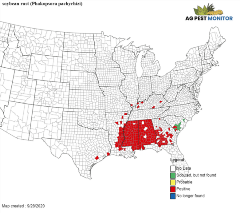 Monitoring potential soybean rust issues will be important each growing season. One good source of up to date information is the IPM PIPE website. This map is from that website on 9/25/2020 and shows the current spread of infection. The spread up into Kentucky and Southern Illinois would indicate that it is more than likely infecting many acres in the Mid-south and Delta regions as well.

A rust control program generally involves 2 applications of fungicides, one at R1-R3 and a second 14 to 21 days later. Use fungicides that offer both protectant and systemic properties for the most effective control.