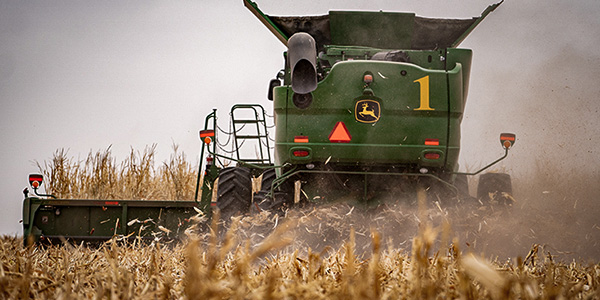 Harvest is beginning to wrap up in central and southern Texas. Yields were above average overall, and fields that received one or more fungicide applications fared better than those that did not, especially along the gulf coast. In the Texas panhandle, silage harvest is underway and grain corn is likely two to three weeks from black layer. Timely rains appear to have helped pivots with lighter water in areas.

Combines are beginning to roll in the southern parts of the states. The crop is highly variable, based primarily on who received significant rains at the right time and who did not.

Irrigated corn in the western portion of the state is mostly as expected, despite the overall drought conditions. In central and east Nebraska, a few storms have brought hail and excessive winds to the area, reducing yields slightly. Areas that avoided the major storms appear to be on track.

Silage harvest should begin soon in Idaho, Oregon and Washington, with high moisture grain to follow. Weather conditions have been mostly favorable, except for some decreased sunlight due to wildfire smoke. Tip fill appears to be reduced in much of the crop, but otherwise growing conditions have been very good.

Despite the drought, the California corn crop looks very good and silage harvest is underway in much of the area. The bigger concern is water availability for alfalfa plantings in the fall and spring, as well as corn plantings next spring. The area needs a break from the extreme drought, but that doesn’t appear to be in sight.