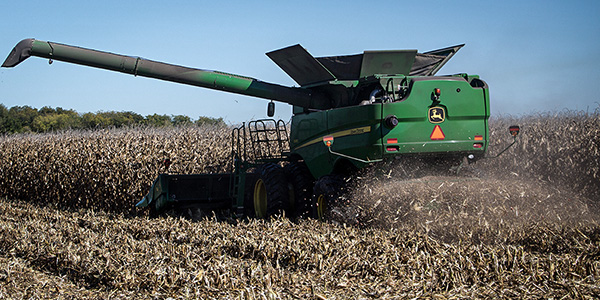 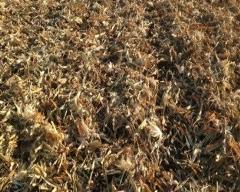 Farmers have made significant progress in corn yields in the past few years. Whether through hybrid selection, improved fertility programs or higher populations, corn yields continue to surpass historical production. Just as grain yields have increased, so have the amounts of residue, or stover. These residue increases can also be attributed to the increased use of fungicides, Bt traits and the use of no-till practices – all of which reduce the rate of decomposition and increase the overall amount of residue within a field. As harvest comes to a close, let’s look at how excess corn residue can impact next year’s crop and how you can manage it. 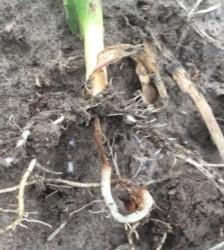 The first step in corn residue management is at harvest. Make sure your combine is adjusted to the proper settings. Also, check that the chaff and stalk distribution behind the combine is spread in a uniform manner. This becomes more difficult as the size of your combine head increases. Some combine heads allow for additional options for chopping chaff and stalks, which allow for smaller pieces that, ultimately, break down faster. All of these recommendations can help with decomposition, plus you’ll have fewer plugging issues with seeding and tillage equipment later on. 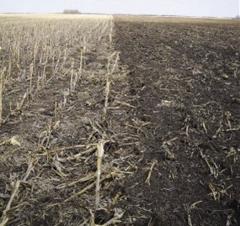 The next step is tillage during the fall and spring. There are numerous tillage practices: conventional disks, deep chisel, mulch rippers, etc. Vertical tillage is a method that doesn’t necessary incorporate the residue into the soil, but it reduces the size of the residue by using narrowly spaced, rippled coulters to cut stalks and root balls into smaller pieces at high speeds. Another method is strip tillage, which is a combination of no-till and conventional tillage. It is a narrow band of approximately seven inches that has characteristics of conventional tillage (loose, granulized soil), while the remaining 23 inches of row area is undisturbed. Also, during strip-till, fertilizer is usually applied in the narrow band just under the seed location allowing for additional nutrients and warmer soils in the spring. Any tillage that incorporates the residue into the soil will increase decomposition rates. Fall tillage allows for more time, and therefore will break down residue at a higher rate than spring tillage.

Some farmers that have cattle will graze or bail stalks to manage residue. In these situations, complete stover removal is not recommended. Remember that the stover contains nutrients that normally would mineralize during a growing season, so an additional fertilizer might be needed to replace that stover if it is removed completely. 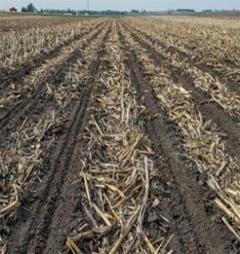 The last opportunity to manage excess residue is during planting. By using planter-mounted devices such as coulters, clearing discs, sweeps, brushes and rolling fingers, farmers can remove residue to clear a 10 inch path in front of the planting units. Again, it’s important to check for the proper settings, because every field can be different. Disc angles, height, and down pressure all play a role in accurate crop removal. This serves to minimize the detrimental effects of residue in the row area, while maintaining the benefits of residue on the remainder of the field.

In summary, excess residue can create many production issues, the biggest one being a non-uniform stand. With appropriate management you can have the benefits of residue, and a uniform plant stand that gives the crop a great start and an opportunity to reach its full potential at the end of the growing season.