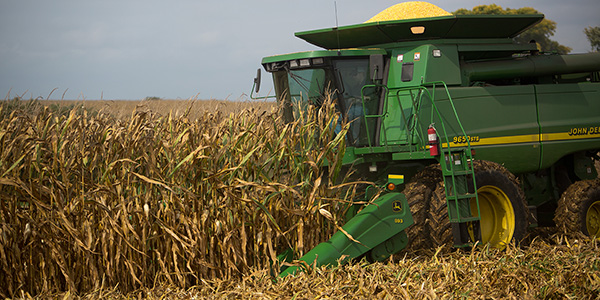 Tar Spot first appeared in northwest Indiana and northeast Illinois in 2015, and has spread out in all directions since. The damage caused by Tar Spot varies widely year to year, and largely depends on the environment. Originally, agronomists and plant pathologists hypothesized that Tar Spot thrived in cooler temperatures. However, the wet, humid and overcast 2021 growing season, which saw heavy tar spot pressure, put that hypothesis to rest.

Phil Brunner, CCA is an LG Seeds Agronomist in northern Indiana, and he saw Tar Spot spreading rapidly during weeks that were 90 degrees or hotter. Brunner believes that the prolonged haze from fires in the northwest area of the United States were a contributing factor of the heavy Tar Spot pressure northern Indiana saw this year. The haze limited sunlight, which meant leaves stayed wet longer into the day, creating an environment for Tar Spot to thrive.

Tar Spot is still relatively new in the realm of crop diseases, so we learn more about it every year. Here's what we know so far:

The LG Seeds agronomists spent this season gathering robust data on Tar Spot, and analyzing how LG Seeds hybrids were performing against the disease. The agronomy team found that, while no hybrid is truly resistant, some hybrids offer better tolerance than others. With this data, the R&D team at AgReliant Genetics is able to identify several genetic backgrounds that show a high tolerance to Tar Spot, and they will use that knowledge to impact future corn breeding efforts.

The LG Seeds agronomy team is confident in several key hybrids that offer tolerance to Tar Spot. Get in touch with your local LG Seeds Agronomist or District Sales Manager to learn about the LG Seeds hybrids that are winning the fight against Tar Spot in your area.