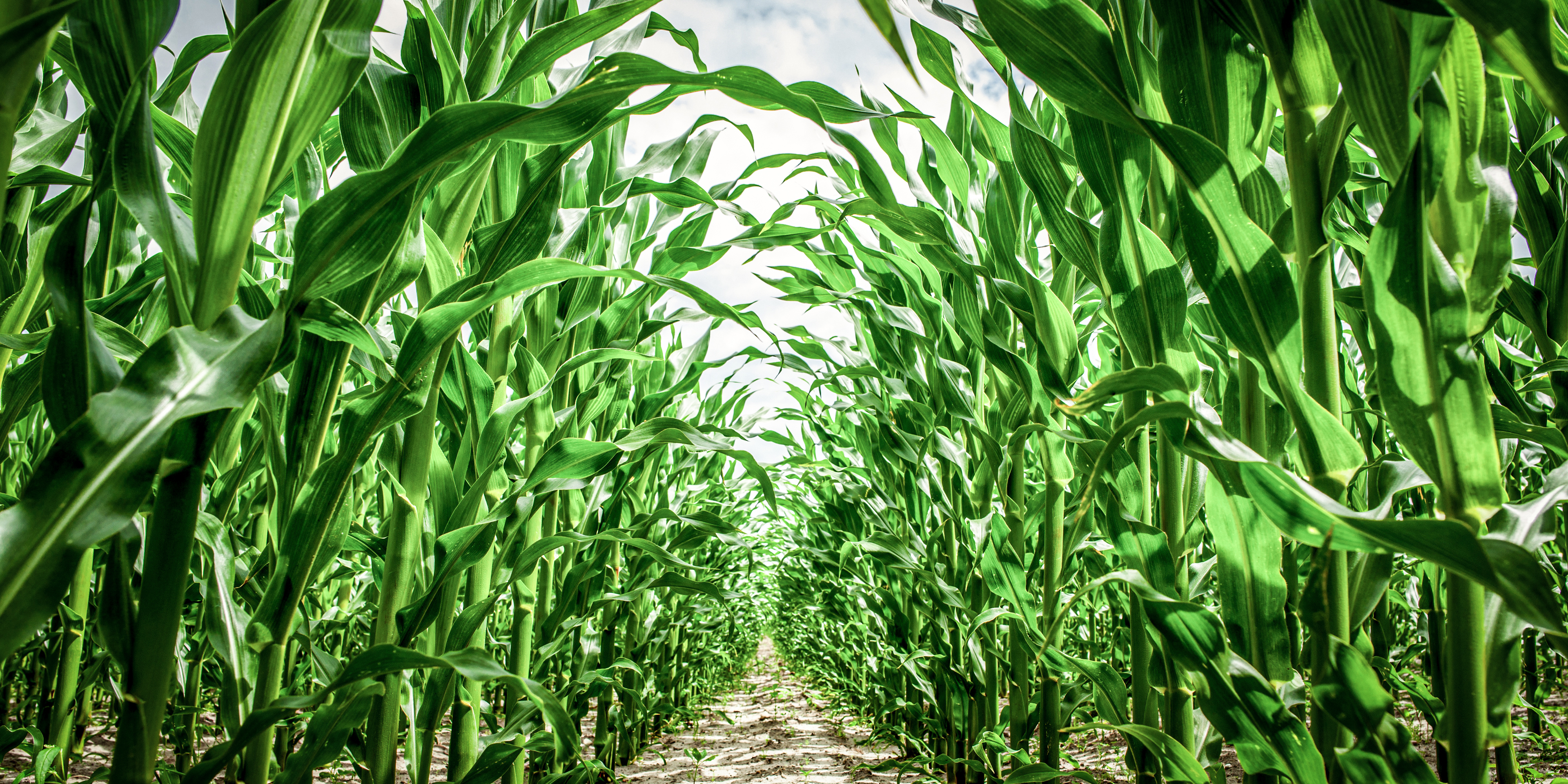 For the most part, this summer has been ideal for growing conditions across much of the north. We have had some areas that have had either too much or too little moisture, but fortunately these areas have not been widespread. Pretty much all areas have seen abundant heat, and crop progress has been ahead of normal, and well ahead of last year.

PCR plots for our Regions look good for the most part, however, we did see a few locations get hit with some high winds in Eastern ND and NW Minnesota. While this is not ideal from a yield standpoint, this does give us a nice opportunity to evaluate both Greensnap and Root Lodging in potential new hybrids, which is valuable information to have when looking at potential hybrid releases this fall. The PCR Team will continue to evaluate these trials this summer and fall to see if any other issues may arise (disease, lodging, etc), and we still have a good number of locations that look excellent and should give us great yields, so we should have great information to use this fall when evaluating potential new hybrid releases to add to the LG Seeds lineup.

Here is a more Regional, in depth report from the TTA’s across ND, SD, MN, WI and MI.

Over the past week most areas of Michigan received some much-needed rain. Corn is just beginning to pollinate now and the overall corn crop for MI is looking average to slightly below average. Tar spot has been confirmed in two counties so far so growers will want to scout in the coming weeks.

Soybeans are progressing well; most are in the R2 growth stage. R3 fungicide application is getting close.  Extend fields look extremely clean across the countryside, while other soybean trait platforms have more mares tail and water hemp poking through.

Northern Wisconsin crops look amazing, early corn varieties are mid-silk and towards the later end corn is just starting to tassel. We have no significant disease pressure yet but have seen corn rootworm beetles starting to emerge on certain early varieties. Soybeans are well ahead; flowering is nice and no sign of White Mold as of yet. Due to recent heavy rains combined with flowering, I expect to see some pockets of heavy WM pressure come August, but we are sitting 16% above our 5-year average and 25% ahead of last year in GDUs to the north.

Central Wisconsin: most crops are advancing quickly right now, with proper planting conditions and adequate moisture and heat corn is well into pollination with wonderful growing conditions showing to come in the next several weeks. There is no significant disease or insect pressure yet but is expected in the area. Soybeans are in R3 to R5 for early planting. In the eastern part of the region, they are R1 to R2. There are light to moderate levels of Japanese beetles present in soybeans. Most corn across the state is tasseled or in process with the exception of some real late planting.

Southern Wisconsin soybeans look good and advancing well. A few guys haven’t figured out the weed control methods yet. Corn for the most part is looking very good. We have seen some small pockets of corn that went down due to storms a couple weeks ago and heavy rootworm pressure especially SW Wisconsin. We are starting to see rootworm beetles here during pollination so some potential issues may occur with that. Also, some disease pressure with Gray Leaf Spot starting to show up. The planes are flying on fungicides in the southern part of the state.

We have seen warm temperatures which have been ideal for corn and soybean development.  We have caught some much-needed precipitation over most of the growing area. Currently, we have accumulated 1523 GDU’s for corn planted the last week of April.  Much of the corn is well into R1 and seeing some brown silks.  Fungicide timing is ideal now at this growth stage. We have been seeing larger than normal corn rootworm beetle numbers.  These have been mostly Western Corn Rootworms.  The hatch was earlier than in past years and is mostly an issue in corn on corn and fields that have a history of corn rootworm.

Soybeans are approaching the R2 stage and I expect R3 to be here soon.  That will be the appropriate time to apply fungicides.  Aphid numbers have been low and very few found in the area.  We have a lot of growers trying to manage late season weeds like water hemp and giant ragweed.  This gets very difficult this time of year and we need to evaluate the cost of control and the yield loss when in these situations.

95% of the corn has tasseled in SW MN and entered R1.  A few growers began their fungicide applications late last week and many more will get a start early this week and continue through the weekend. Corn is relatively disease free so far and the canopy is green and healthy. We are seeing a few more corn rootworm beetles than I have in previous years and in places I haven’t seen them. Sticky traps are out and we will continue to monitor rootworm pressure.

Soybeans are getting really close to closing the rows in 30” row spacings and most soybeans are in R2 full flowering, with a few early planted fields in R3 beginning pod set. The canopies are healthy for the most part and free of insects at the moment, expect aphids to show up this week and pressures to build.

Crop progress continues at a frenzied pace. A majority of the corn is pollinating and looking very good. Soybeans are in full bloom and looking good; some small pockets along wooded or grassy areas are starting to see soybean aphids move in. Recently, weather has been favorable for rapid development. Unfortunately, it has also been favorable for white mold development in the soybeans. I suspect that white mold will again be a major yield robber in 2020. Also, the weather has been favorable with strong localized storms. Some of those storms have resulted in significant hail damage. Overall, I think that we are looking at a potentially really good crop for 2020.

Overall, both corn and beans in my area look very good. All the corn is either right at tassel or 6-12 days out, depending on location and date of planting. A few greensnap events took place over the past few weeks with the extreme weather but stood up pretty well given the circumstances (80mph winds and heavy rain). Soybeans are flowering and in mostly R2 right now, with pod set starting shortly. White mold and IDC will be something to keep an eye out for in my area with all the moisture recently. So far, so good. We just have to keep getting GDU’s to push these crops.

Corn pollination is in full swing on our early planted fields in Northern SD.  We’ve cooled off a little bit here lately with the few weeks prior really racking up the GDUs. Since May 1st, we’re sitting at about 1320 GDUs which is about 60 GDUs ahead of normal for us on July 15th. 86-91 day RM corn started silking last week. This week, I’m just starting to see silks come out on 97 RM in Northern SD on plots planted around May 1st. For the most part, we’ve caught some nice rains across the territory with a few areas getting the extremes of way too much. As you go towards the I-29 corridor there are some areas that could use a good rain as they’ve seemed to miss the last few chances. With those rain events, we’ve had a few significant wind events causing some root lodging and greensnap in a few areas. I’ve noticed quite a few rootworm beetles emerging here in the last week, so rootworm traps were put out to be monitored weekly.

Soybeans are for the most part in R2 stage. It seems like it took a long time for the soybeans to really take off and we are just now getting to row closure on 30” rows. Disease pressure will be something to be watch in the near future with fairly high humidity in the last few weeks.

The corn overall looks good to excellent. There are quite a few areas that got drowned out, but most of the corn looks good. Corn started tasseling the end of last week, and most areas the early planted, and early maturing hybrids are tasseling this week. The far west side of SW South Dakota is dry, so the crops don’t look quite as good. We have had some hail and windstorms come through a couple of spots that destroyed the crops, but small areas fortunately.

Overall crops are coming along nicely and maturing quickly. If the weather cooperates, there should be a large crop to be harvested.