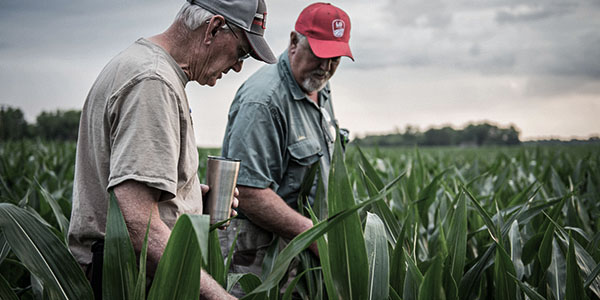 Why Secondary Nutrients Are Just as Important as N, P and K

The macronutrients in crop production are nitrogen, phosphorus, potassium, sulfur, calcium, and magnesium.  Within the macronutrients, nitrogen, phosphorus, and potassium are the primary nutrients and sulfur, calcium, and magnesium are considered to be secondary nutrients.  Most growers focus on the primary nutrients needed to produce a good crop yield since they usually have the biggest effect on crop yields.  You can learn more about those here.

Sulfur (S) plays an important role in the plant’s production of lignin and chlorophyll.  Good sulfur levels in soil help to increase nitrogen use efficiency, is essential for nitrogen fixing nodules in legumes, helps the plant’s resistance to disease, and aids in seed formation.  Plants that produce a high amount of dry matter, such as corn and alfalfa, require the most sulfur and respond the greatest to sulfur applications.

Unfortunately, research has recently shown that the sulfur soil test has little value in aiding in the determination of crops showing a response to sulfur fertilization.  Most of the sulfur in soils is contained within the soil organic matter and is released as that organic matter decays.  Adding organic materials and maintaining adequate organic matter content is the best way to ensure crops have a good supply of sulfur.  Plants can’t use the sulfur until bacteria convert it to sulfate, which is very soluble and mobile in the soil.  Sandy soils and saturated soils tend to have lower levels of plant available sulfur because of this mobility.  Within plants sulfur is immobile and deficiency symptoms appear on the youngest leaves first.  Ideal soil test levels for sulfur are 8-17 ppm of sulfate.

Calcium (Ca) helps to improve nutrient absorption by the roots, is important in cell division and cell wall development, and is essential for nitrogen fixation in legumes.  If you are already applying lime to bring your soil pH into the optimum range for plant growth, then most likely you are supplying enough calcium for plants.

Since calcium does not translocate, younger leaves are dependent on new calcium uptake throughout the growing season.  To avoid calcium deficiency, test soils regularly and correct with liming materials.  Ideal soil test levels for calcium are 1500-2500 ppm and a base saturation of 65-75%.

Magnesium (Mg) is necessary for photosynthesis as it is the center of the chlorophyll molecule, is a phosphorus carrier in plants, and is a key component in nitrogen metabolism.  Plants require energy to grow, that energy comes from photosynthesis, and that occurs in chlorophyll, which makes magnesium essential to plant life.

While these three macronutrients are often called secondary nutrients, you can see the key role that they play in proper plant growth and development, as well as total crop yields.  When making your fertilization plans for next year’s crop don’t forget to consider them as well in a balanced fertilization program.