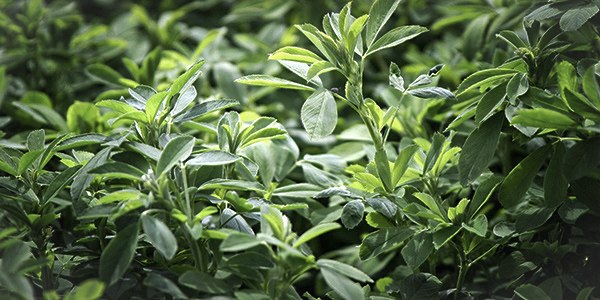 Who would have thought that a small insect carried in by the winds from the south would have such an impact on alfalfa varieties in the Midwest each year?

I’m talking about the #1 economically damaging insect in alfalfa hay production - Potato Leafhopper (PLH). In the state of Wisconsin this has been a challenging year for managing Potato Leafhopper. So naturally, customers are asking, “Do I plant a PLH resistant variety or not?”. 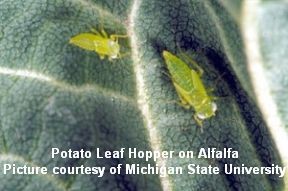 The Potato Leafhopper feeds on an alfalfa leaf by secreting a toxin into the vascular system and plugs the system which reduces nutrient and water flow. This creates yellowing of the leaf and, as a result, stunts growth of the plant and ultimately costs the grower yield. PLH can kill new seedings in an establishment year. It can also reduce yield by as much as 30% for established stands.

The best methods to control PLH are insecticides, use of PLH resistant varieties, or some combination to the two. The main component of PLH resistance is granular hairs in the plant surface. Through genetic advancement, breeders have said that resistance is about 85% expression on newer varieties. Many growers ask questions regarding which the best choice is, so I evaluated results from some PLH resistant trait trials. 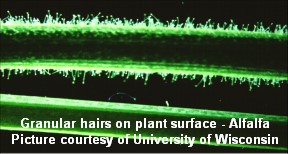 The overall performance trend of potato leafhopper varieties in the Michigan State University trials shows a yield disadvantage when compared to non-PLH commercial check varieties. In the 2011 Lake City trial, the total yield of the PLH resistant check showed a 7.6% yield disadvantage over the grand mean of the trial. In the 2011 East Lansing PLH trial, the non-PLH check variety performed significantly better than the PLH varieties. Also, in the 2011 East Lansing trial, the PLH resistant check grand total showed a 2.8% disadvantage over the grand mean. No chemical control was used in 2012, 2013, or 2014, so one might expect to see an improvement in yield, however, that was not the case. Data from Forage Genetics in Pennsylvania showed similar results as well.

The take home message is that in the absence of leafhopper pressure (or when managed with insecticide) PLH varieties do not yield on par. The genetic reason for this is that the PLH trait is recessive and to get that trait during breeding, yield is impacted negatively.

Download a copy of the Technical Bulletin: PLH Resistant Varieties