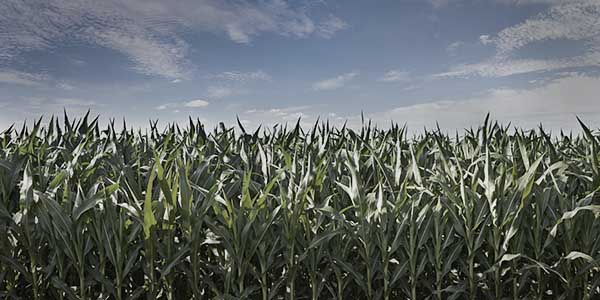 NPK, The ABCs of Nutrient Management

There are a lot of decisions that revolve around nutrient management and what type of fertilizers that should be applied considering commodity prices.  There are 17 nutrient elements needed in order for a corn plant to complete its life cycle.  There are macronutrients which are used in larger quantities and micronutrients which are needed in smaller amounts.  When referring to liquid fertilizer applications a lot of retailers/growers say “10-34-0” or “8-20-5”.  This is indicating the percentages of Nitrogen-Phosphorus-Potassium (N-P-K) in the liquid blend.  Other nutrients such as Sulfur and Zinc can be added, which could be a blend of 8-20-5-5-.5 (N-P-K-S-Zn) sometimes referred to as “triple nickel.”  They are referred to in this manner because N, P, and K, are macronutrients that are called the primary elements.  These nutrients are usually the focus for growers during their spring and summer fertilizer applications because they usually have the biggest impact on yields.

Let’s start with Potassium (K): It is derived from weathered soil minerals such as clay.  Typically, the higher K levels will be in fields with higher clay content, and in contrast the deficient K levels tend to be found in more sandy fields.  Most soils contain large quantities of K, but it is usually not all available.   K is an essential plant nutrient identified with overall plant vigor.  Potassium helps plants activate enzymes, draw water into roots (helping with N uptake), produce phosphate molecules and CO2, and translocate sugars.  It also is responsible for the opening and closing of the leaf stomata.  The stomates serve as entryways for water and other elements in the leaf (i.e. transpiration).  Because of these responsibilities, it has been theorized that adequate levels of K provide a higher level of drought tolerance and disease resistance versus deficient fields.

Recommended soil test levels:  Soil test recommendations differ regionally but optimum soil test levels would be above 250ppm.  Deficient soil test levels would be less than 150ppm.  Deficiency characteristics:  Lower leaves are affected first.  The plant has a slower rate of growth and the leaf edges and tips become dry and scorched with yellowing stripes.  Plant lodging becomes a concern as the corn plant matures.  Crop Removal: There is approximately .27 lbs. of K removed per bushel of grain.  So, crop removal (from grain) would be 54 pounds of K20 on 200 bu/ac of corn.

Next is Phosphorus (P): P is involved in energy transfer via adenosine triphosphate (ATP); and is a part of ribonucleic acid (RNA), and deoxyribonucleic acid (DNA).  In more simplistic terms, P plays a major role in storing and transferring of energy for new cell growth.  It is found throughout the plant, concentrating in leaves where photosynthesis takes place, and at growing points where energy for new growth is needed.  P has been linked to good root establishment and overall plant structure.  P is not as naturally abundant in the soil as other macronutrients and is relatively immobile because of its negative charge that binds to positively charged particles, such as calcium.  Therefore, soil erosion is usually the only way P can move off the field of application.

Recommended soil test levels:  Again, soil test recommendations differ regionally but optimum soil test levels would be above 30 ppm (testing method being a Mehlich P-3 or Bray P-1).  Deficient soil test levels would be less than 18 ppm.  Deficiency characteristics:  Slow growing, stunted plants with an inferior root system.  The lower leaves tend to become a reddish-purple color.  The reddish color indicates an energy buildup that doesn’t have the ability to relocate.  Plant standability and grain fill can also be compromised.  Crop removal: There is approximately .38 lbs. of P removed per bushel of grain.  So, crop removal (from grain) would be 76 pounds of P205 on 200 bu/ac of corn.

Last, but certainly not least is Nitrogen (N): N can be taken up by the plant in two forms, nitrate (NO3-) and ammonium (NH4+).  In order to get (NO3-) and (NH4+) there must be a biological transformation from organic N.  Since the transformation is biological, N is sensitive to soil pH, temperature and moisture.  Moisture for example, would be saturated soils that would result in nitrates being lost in the form of leaching or denitrification.  Nitrogen is a key ingredient in amino acids and the creation of proteins, which are both essential for cell growth.  Amino acids and proteins are the building blocks for essentially everything in the plant; therefore, N is correlated to overall gains in dry matter.  Since N is involved at every developmental stage of a corn plant, it has the greatest impact on yield among nutrients.

Recommended soil test levels: Soil test levels are really only relevant as credit to the current year’s application.  Today’s yield demand is usually too high to be processed naturally in most cases, so supplemental N is added for each growing season.  Crop removal: Nitrogen recommendations range from 1 lbs.-1.2 lbs.# of N per bushel of corn, so on a 200-bushel yield goal you would need approximately 240# of N.  Crop removal is less than the recommendation, but this allows for some N loss during the growing season.  Residual soil nitrates (topsoil and subsoil), legume credits (i.e. soybeans), irrigation water credit, and pre-applied fertilizer/manure can all be used as credits when calculating total N needed for the desired yield goal.  Deficiency characteristics: Interruption in the growth process that causes stunting due to poor cell development and yellowing due to decreased chlorophyll formation.  Yellowing occurs on older leaves first then moves to newer leaves.  The yellowing occurs at the mid-rib near the tip of the leaf moving inward with a distinct v-shaped pattern.  High amounts of N can stimulate more vegetation but could lead to an under developing root system compared to the above ground growth.  Lodging and/or greensnap issues could develop given the timing of application and wind events.

All three nutrients play an intricate role in the development of a plant and its ability to achieve its highest yield potential.   In a price market like the one we are currently in, it is important to be more efficient with inputs and not just cut them out.  N-P-K are the nutrients that are removed from the soil in the largest amounts at harvest.  Nitrogen is often looked at as the major need, but phosphorus and potassium play import roles as well and each one influences the efficiency of the other.  Soil samples should be taken to help identify ways to be more efficient with nutrient management.  Identifying and addressing not only deficient areas but also what adjustments need to be made in application, timing, and rates in order to better accommodate weather patterns and achieve the best return on investment.

Download a copy of this technical bulletin here: NPK, The ABCs of Nutrient Management