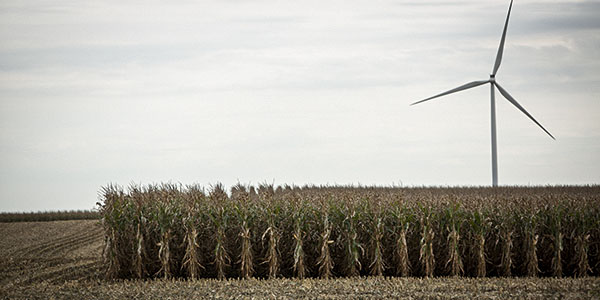 As 2020 begins and we look forward to this next crop, we often forget about things that happened last year. I want to take a little time to reflect on the 2019 growing season: what we learned from it and, most importantly, what we should do differently if the same scenario were to present itself again.

Since I am in Iowa, I’m going to recap what happened in Iowa. However, a good portion of the corn belt experienced the same story. Spring started off very cold. Normally, in my part of Iowa, we can get out in April to get field work done and start planting the last half of the month. April did not cooperate, and we did not get a window to do anything until about the 22nd. We had three to four days of fit conditions, and most growers went crazy planting corn. The state of Iowa was around 50% planted by the time it started raining and growers had to shut down.

What happened next is where the spring became unique. I can’t blame anyone for planting in that April window. We did on our own farm and, given the same circumstances, I would probably do it again. Once the month of May came around, it rained every other day. Not only did we have excess moisture, but the temperatures had plummeted. The corn that was planted had either not emerged or turned into some sickly-looking corn plants.

Once we got into late May and early June, we held several LG Seeds STAR Partner meetings about how to make the most of the season that was left. We had minimal first-hand experience with a situation like this, but data shows that corn hybrids will shorten up maturities when they’re planted under late conditions like this. The industry was, for the most part, all in agreeance that growers should stick with the corn hybrids that were initially planned for, because that was going to bring them the highest yield.

As we got into June there was a light at the end of the tunnel in the forecast. Planters started rolling again and corn got planted at record rates. Conditions weren’t ideal, but at this point it didn’t matter. With a dry top layer and excess moisture under that, many planters caused sidewall. As a Technical Team Agronomist, I saw side effects from this throughout the growing season - hatchet roots that caused poor nutrient uptake and made the plant weak during wind events.

As harvest neared, it was evident that this wasn’t going to be our best crop and that we’d be cutting it close to get to maturity before a hard frost. A few individuals had switched out to earlier hybrids, and we began to see that fuller maturity hybrids did not shorten up as we expected. When the hard frost hit, growers had corn that had not reached maturity. This left us with a crop that had not grain-filled properly and, because of that, had lower test weights.

Taking all that into consideration, here’s what we need to remember, should we be faced with the same situation in the future:

With that being said, I hope that we never see another spring like 2019. I wish all of you the best for 2020 and thank you for choosing to work with LG Seeds!

Download a copy of this technical bulletin here: Learning from 2019 - Making the Most of 2020