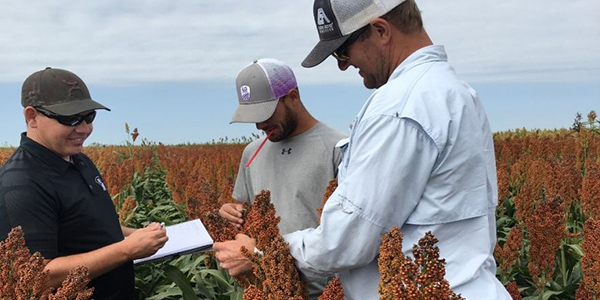 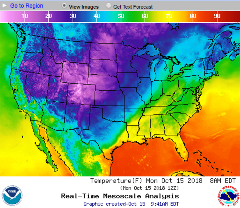 Kansas and Nebraska had a later planting date than normal. Added to that were cooler than normal temperatures in late July and August. Some might be left with a sorghum crop that may have not been fully mature going into the Oct 13th – 15th low temperatures much of the area experienced. Shown here are the 8 a.m. EST low temperatures experienced on Monday Oct 15th, 2018.

The biggest effect a freeze has on grain sorghum is that it stops all grain (berry) fill progression. This in turn can result in smaller berries and lower test weight grain. Light frosts usually don’t have much effect on grain fill. Killing frosts, like we have experienced over the last few days, do exactly that: kill the stalk and thus stop translocation of nutrients and fluids to the grain.

Crop maturity along with the time of the freeze will determine the effects on grain and test weight. Grain maturity should not be determined by the color of the grain, especially in white or cream-colored grains. Color can vary greatly by variety and by the growing season. Grain maturity should be evaluated in the field as an average of percent-dough within the heads.

The closer to black layer (grain maturity) the less likely test weight will be affected by a freeze. There will be far more effects on grain test weight when grain is in the milk stage versus grain at 60% dough stage. Grain maturity may vary among grains on the same plant. Mature grain, or grain that has reached black layer, will have a small black spot where the grain directly attaches to the grain head plant tissue.

The standard test weight for grain sorghum is 56 lbs per bushel. Often there is no dock for sorghum weighing 55 lbs and above. Test weights below 55 lbs are often subject to docks that vary depending on final destinations and use. Hopefully, much of the sorghum crop was far enough along before the freezing temperatures hit and will not be affected.

For more information on sorghum in general or to find out about our exceptional portfolio of Golden Acres grain sorghum hybrids, contact your LG Seeds Sales Area Manager (SAM).

Download a copy of this Technical Bulletin: Freeze Effects on Grain Sorghum
< BACK