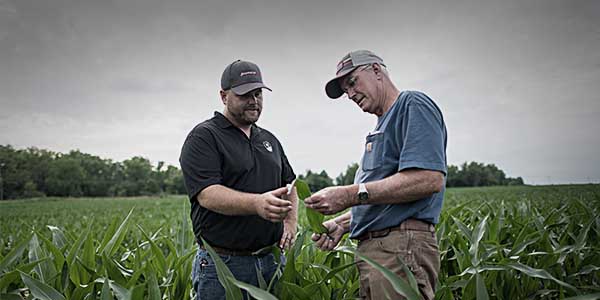 It’s the end of March and planting is fast approaching. This growing season hasn’t even started yet and we are facing tremendous challenges as we sit in the wake of record-breaking, catastrophic flooding in my area and much of the corn belt. My heart goes out to those suffering devastating losses. Heavy rains during a period of rapid snow melt have left soils across the corn belt in a saturated state. Excess soil moisture makes me think about nitrogen management and the potential for losses.

Wet soils have not allowed any spring application of anhydrous ammonia for corn yet, at this point. Many growers may be getting nervous about this by now, especially due to how little ammonia was applied last fall after a late harvest. There looks to be an immense time crunch ahead this spring and many growers may need to shift their nitrogen plan from anhydrous ammonia to a broadcast application of either urea or UAN solution. Wide spread broadcast applications of nitrogen along with excess moisture leaves it susceptible to multiple modes of loss, especially volatilization and leaching/nitrification.

Volatilization happens when surface applied urea is converted to ammonia and is lost to the atmosphere. Both UAN and urea are susceptible to volatilization if surface applied without incorporation. If incorporation very soon after application is not possible, a urease inhibitor should be applied along with the nitrogen source to slow the conversion of urea into ammonia. NBPT is an established urease inhibitor that is proven effective. A nitrogen stabilizer with this active ingredient can be used with either urea or UAN to protect your nitrogen investment from volatilization and allow it to be available to your crop.

Leaching is always a concern and wet soils create extra potential for this loss. Nitrate in the soil is water soluble. Leaching occurs when nitrate moves with water below the root zone of the crop. Leaching can be reduced by slowing down the conversion of ammonium in the soil to nitrate, also known as nitrification. It is important to remember that both ammonium and nitrate are available forms of nitrogen for crops. Proven nitrification inhibitors such as nitrapyrin and DCD can be used to slow down the nitrification process. Adding ammonium thiosulfate (ATS), a common sulfur fertilizer source, to UAN solution can also minimize losses from both volatilization and leaching.

Make sure to remember the potential for nitrogen losses this spring when making fertilizer decisions and consider possibly including a nitrogen stabilizer. Lower nitrogen loss means higher yields and profit for you and less attention from environmental activists. Be safe and have a great planting season.